I kind of disappeared from the internet and real life during the quarantine. For that I apologize. Here’s pretty much everything noteworthy that happened during the month of April:

I was given an office phone and asked to work from home. It was an interesting time. I got a taste of the stay-at-home mom life and it was pretty great, I’m not going to lie. There were times when I’d get frustrated or depressed about the fact that I couldn’t go anywhere. It’s officially summer in Phoenix which discouraged me from taking very many walks with Bennett. But, for the most part, I really enjoyed spending all that time with my son. I witnessed several firsts that I otherwise might’ve missed if I’d had to keep going into the office everyday.

He colored for the first time. It was a bunch of squiggles with an orange colored pencil but it was beautiful to me. He started pointing at things, as if inquiring after them. Then he’d sit there and listen to me explain what they were. He started handing me books and toys on a regular basis and waiting expectantly for me to do something with them. He started standing on his own. He’s still not confident enough to take any steps, but we’ll get there. He’s growing so fast and learning so much. It’s a treat to witness. 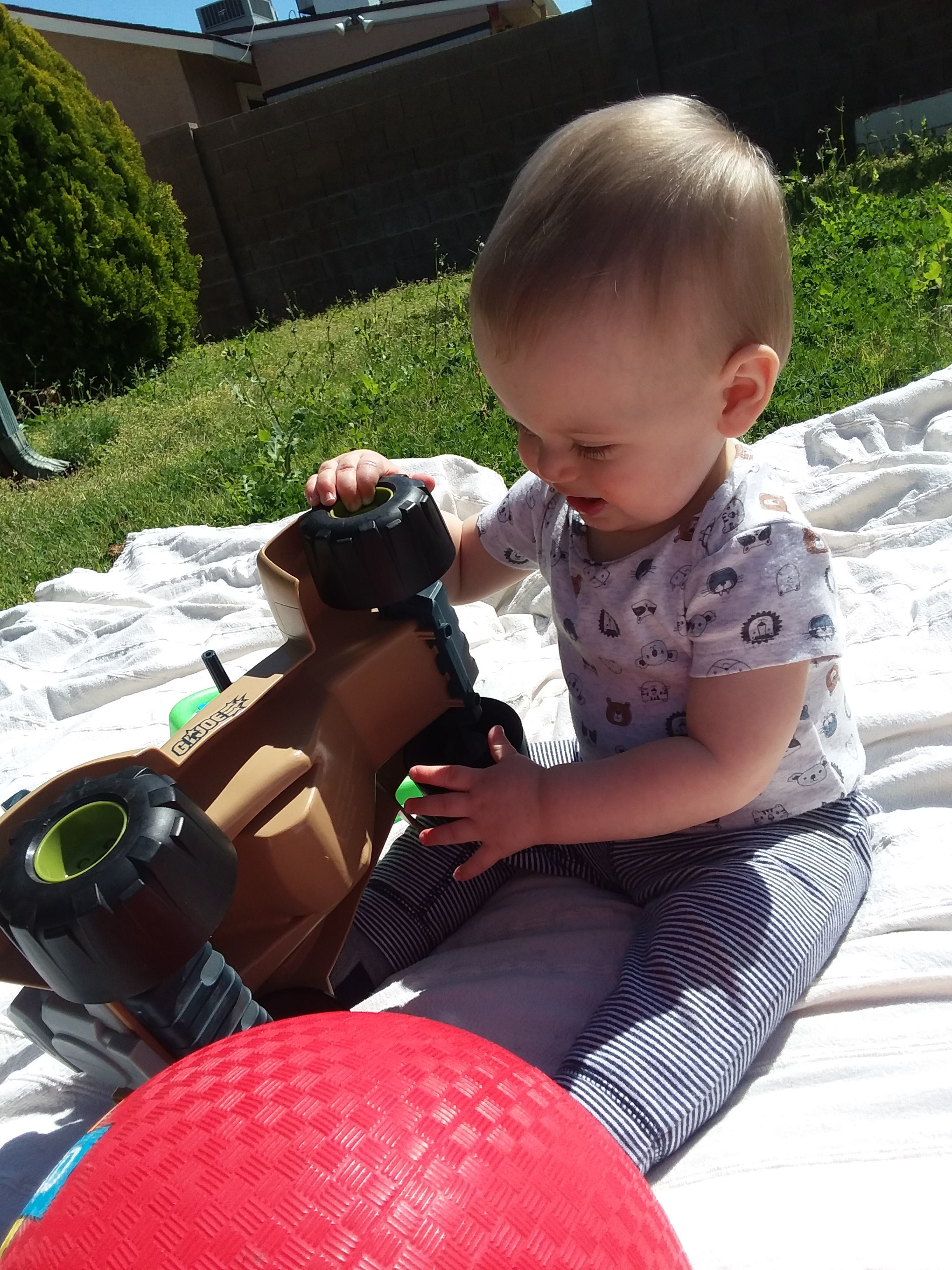 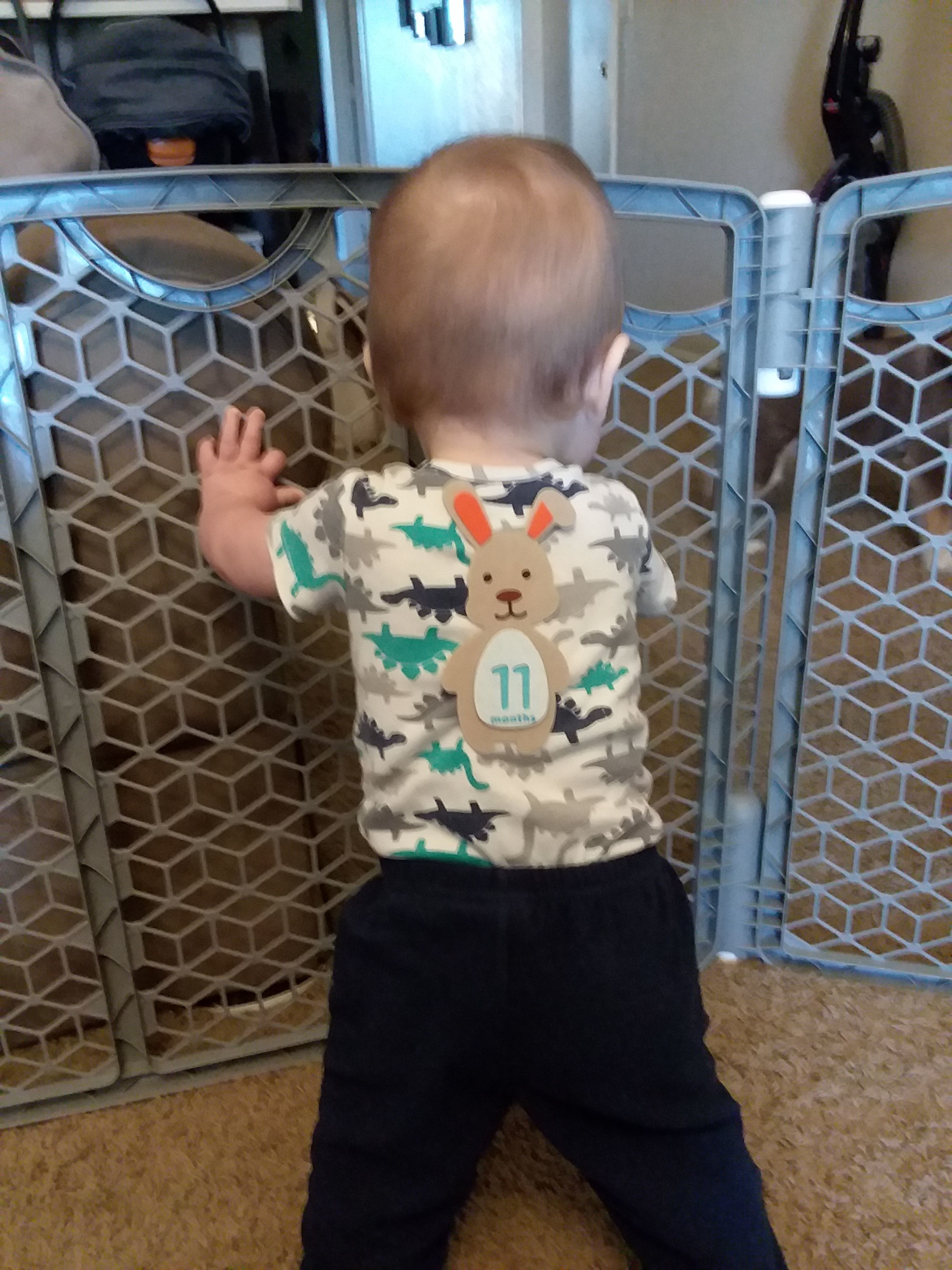 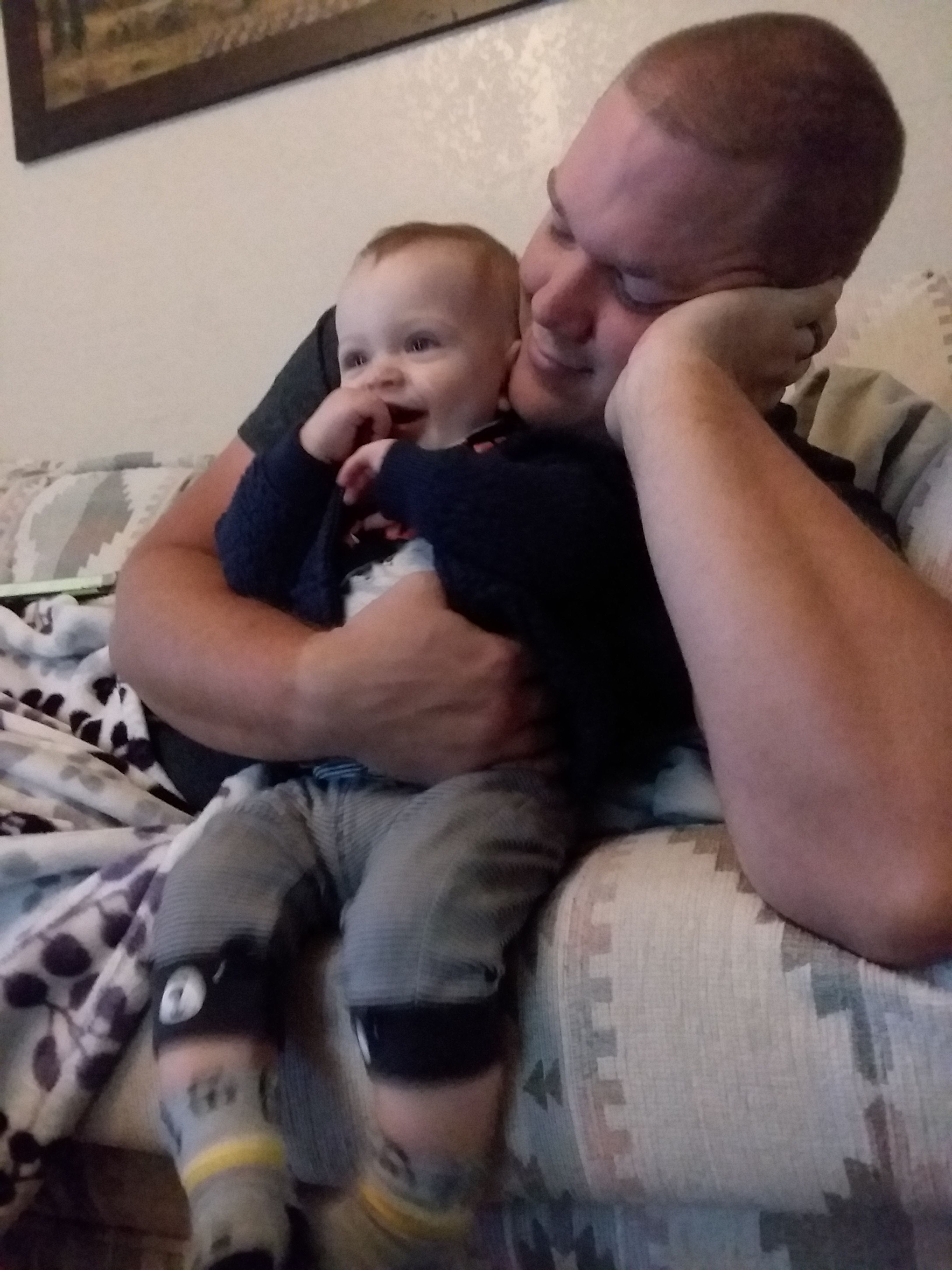 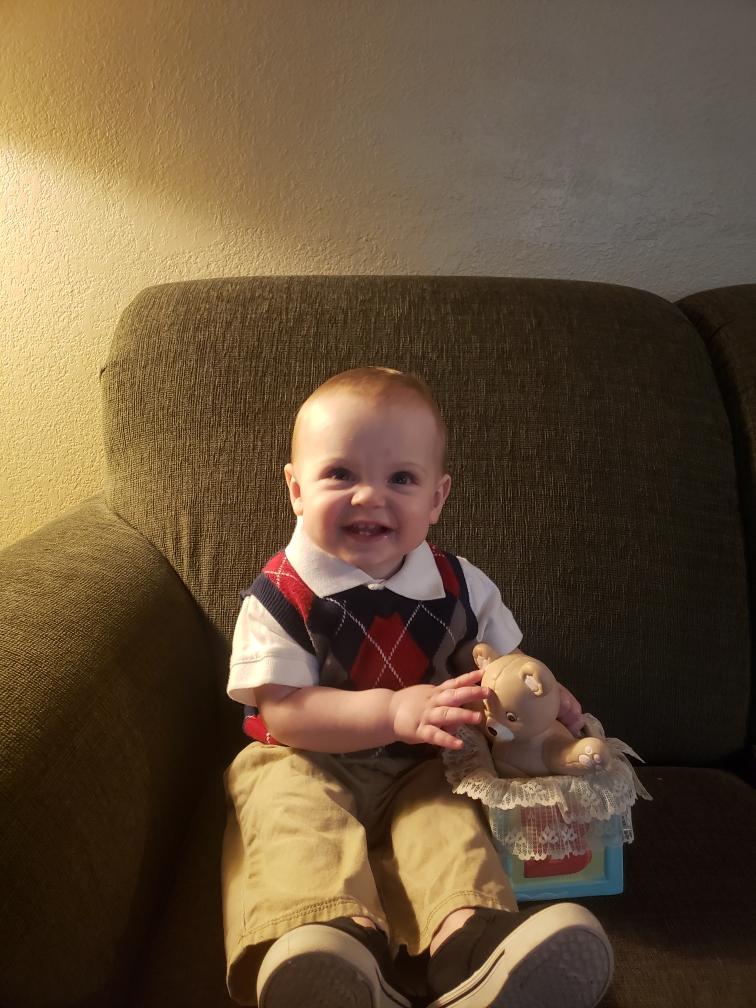 Staying home also allowed me to rest. (For those of you who don’t know, I’m pregnant again. It’s a little ahead of schedule but we’re still excited and more than ready to meet our little girl!) My baby bump turned into a mountain seemingly overnight, sapping my strength and slowing me down considerably. Our baby girl is healthy and strong, though. There’s much to be thankful for.

Over the weekend, I celebrated a birthday and my very first Mother’s Day, which was an emotional time for me. Businesses are slowly starting to open up here but we didn’t want to brave the crowds of people so my husband and I had quiet celebrations at home. May is a big month for us as far as celebrations go. Bennett’s first birthday is on the 18th and our five year wedding anniversary is on the 29th! Hopefully by then it’ll be safer to venture out into the world.

Permission has been granted for some businesses to start opening again. Churches will be allowed to open later in the summer so the office is preparing. I’ll be returning to work part-time. It’s going to be an adjustment for both me and Bennett, but we’ll endure. Besides, all too soon it’ll be time to go on maternity leave!

The Andromeda’s Ghost is on NetGalley and, according to my publisher, it’s getting a good reception from librarians, retailers, journalists, trade reviewers, and book bloggers. I was told the book would be available for pre-order early in June and is all set to be published on July 16!

BHC Press is already preparing the publication schedule for 2021. I submitted the second book in The Andromeda Chronicles, The Andromeda’s Captain, so they could add it to the line up. It’s crazy to think that another one of my books could be coming out this time next year, but that’s totally a possibility!

In other news, deals have been made and the plan has been set in motion so that the books I publish through BHC Press will be translated into different languages! More news on that later. 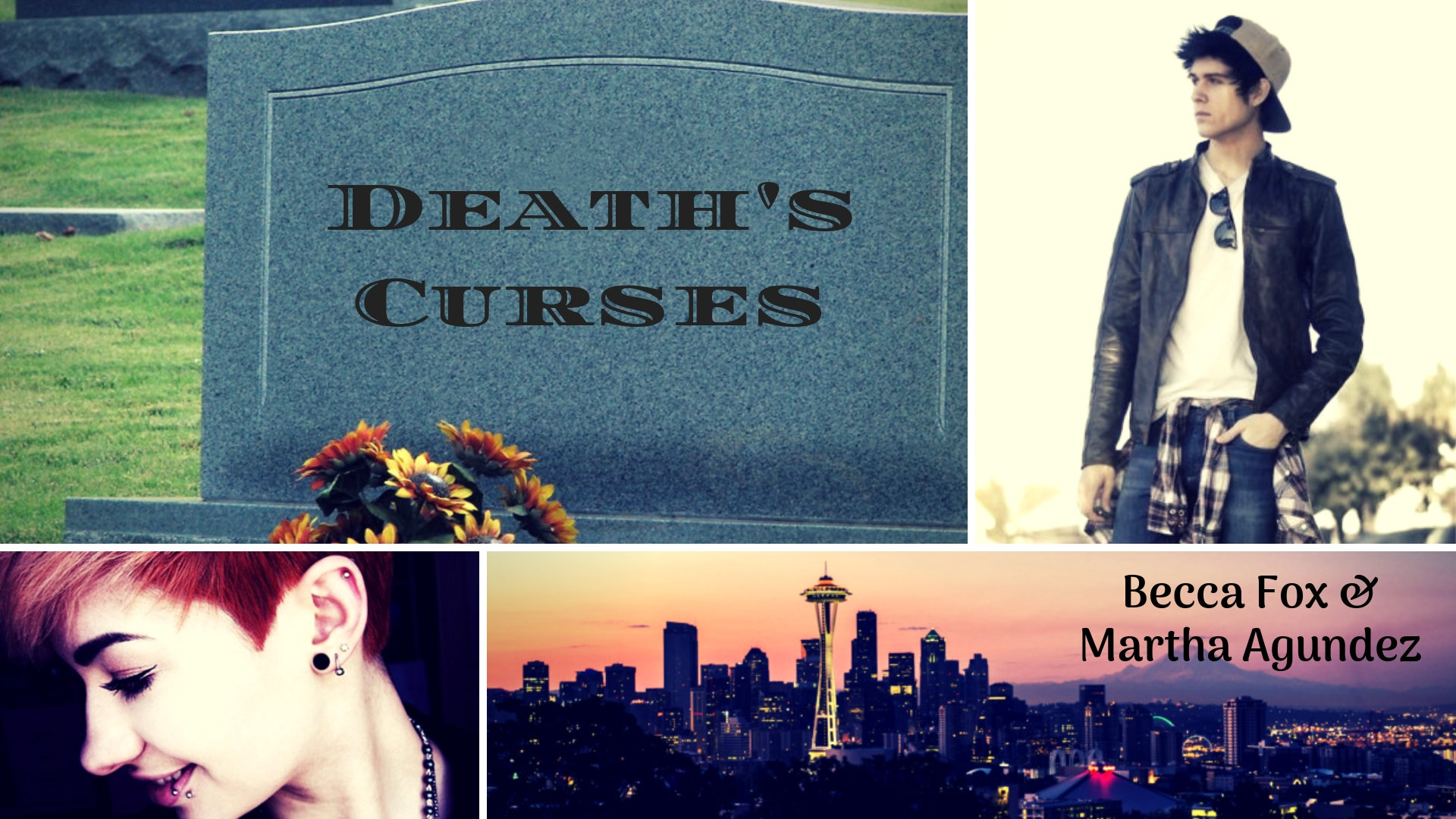 My big project during the quarantine was finishing my edits for Death’s Curses and getting all the necessary documents ready to submit to BHC Press. It took a lot longer than I care to admit (escaping from distractions at home proved to be more difficult than I thought!) but at last it’s done. The query letter, book description, synopsis, and first six chapters have been submitted for their consideration. It can take 6-8 weeks for them to get to the documents, review everything, and make a decision what with the enormous amount of submissions they get every day. I’ll be moving onto other projects to keep busy while I wait to hear back from them but, for right now, I’m celebrating.

There’s still the possibility of another wave of the Coronavirus hitting us. Stay safe and brave, you guys.